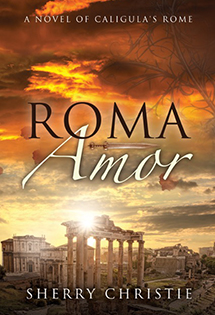 Headstrong young Marcus Carinna longs to prove his courage by leading legions against Rome’s enemies. Instead, his ambitious father order him home to serve the man who was his brother’s closet friend. But Marcus can’t forget how his brother died, accused of treason. Or that the friend who didn’t try to save him was Caligula Caesar, now master of Rome.

Sherry Christie ’68 began the precursor to Roma Amor at Mount Holyoke, where it won a Phi Beta Kappa Prize. After graduation writing became her day job, first on a New York magazine, then at an advertising agency, and eventually as owner of her own financial writing business. She has co-written five books about money psychology with psychotherapist Oliva Mellan ’68, including Money Harmony. She’s now working the second book of the Roma Amor series from the coastal Maine village where she and her husband live. 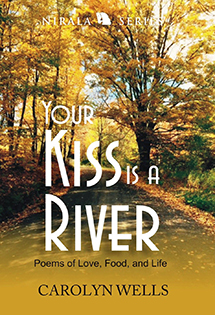 Your Kiss is a River: Poems of Love, Food, and Life

Carolyn Wells ’75 holds a BA fin French Literature from New York University. She spent her first two years at Mount Holyoke College. In 1983 she moved to France to study French cooking, and remained there for three years, working as a chef on luxury hotel barges. Upon returning to New York she continued her culinary career as restaurant chef, private chef, and caterer. She currently works as executive chef manager at St. Bernard’s School in New York. She is a member of brevitas, and has contributed to Alimentum Journal. 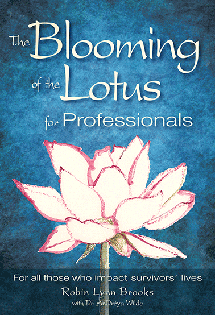 The Blooming of the Lotus for Professionals

Robin Lynn Brooks ’74 is a published poet and playwright, and her art has traveled nationwide. Robin lives in western Massachusetts on an old farm that borders the state forest. This book is written in collaboration with trauma specialist Dr. AnDréya Wilde. 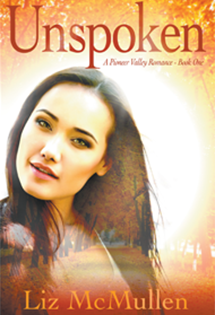 Desiree Chevalier is determined to control her own destiny, and that includes shaking her mother’s iron grip on her life. When Desiree steps away from the Chevalier fortune to put herself through Mount Holyoke College, her mother decides to show up on her doorstep. Meanwhile, Rowan Knight is working just as hard as Desiree to put herself through school. She is intrigued by Desiree but also wary of the icy reception she receives each time they meet. Will they be able to move past the obstacles in their path, or will their love remain unspoken?

Liz McMullen ’98 is an author, publisher, documentarian, and talk show host. You can find her shows on YouTube and her website. Her debut novel, If I Die Before I Wake, was a Rainbow Award Finalist. She co-authored Finding Home, a paranormal novel where the foster kids have magical gifts. Finding Home is Goldie Finalist for Young Adult Fiction.