My Voice: Becoming My Mother’s Daughter 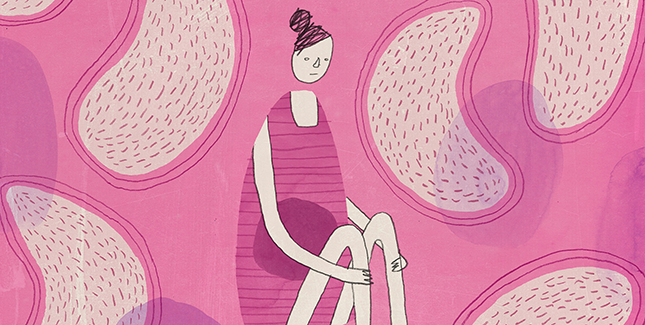 I am a DES Daughter. DES—diethylstilbestrol—was a synthetic estrogen prescribed to millions of pregnant women, from about 1940 to the early 1970s, in the mistaken belief the drug prevented miscarriage and ensured a healthy pregnancy. Instead, DES harmed the mothers who were prescribed it, their children exposed in utero, and now grandchildren, and possibly beyond. It is estimated that as many as ten million people have been affected.

My DES story began during my sophomore year at Mount Holyoke, but my DES history began in the womb. During midterm exams, I received a frantic phone call from my mother. Between her sobs, she explained that she had taken a medication prescribed by her obstetrician, from the second trimester through the end of her pregnancy with me, to prevent a miscarriage. Her current gynecologist was compelled to look at Mom’s old records because he had recently read about in-utero DES exposure being linked  to a rare vaginal and cervical cancer—clear cell adenocarcinoma. A cancer that was only seen in older women was now being diagnosed in young women who were exposed to DES in utero. Mom’s doctor discovered that she had taken DES, and that I might be at risk for cancer. She begged me to rush home to have my first gynecological examination, to see if—and how—I, too, may have been affected. Though completely shaken by the call, I struggled to maintain my composure. I urgently wanted to leave campus and promised to go home after midterms ended. This time became not only a significant permanent memory of my sophomore year at MHC but also a turning point in my life.

As conditions appear, I continue to be an anomaly to my doctors.

During my first examination, at age 19, I was found to be a “classic case of DES exposure.” I had a tipped uterus and cervical adenosis (irregularity in the cells lining the cervix). I learned that I would have to be carefully watched for cancer. During a routine gynecological examination a couple years later in Washington, DC, the doctor became excited as he asked if he could invite his interns and residents to view my cervix. I was “a textbook case.” On the verge of tears, my legs in stirrups, I meekly replied yes.

The conditions that I have developed over the years—and that have been proven to be the result of my DES exposure—are numerous, and so far not life threatening, but together they have caused me much harm, anxiety, and fear. I am continually watched and examined by specialists. Besides an incompetent cervix, I have had irregular cervical cells, a miscarriage, and two premature, low birthweight babies. I have twice the risk of developing breast cancer than unexposed women my age. And as new conditions appear, I continue to be an anomaly to my doctors. They exclaim, “But, you are too young to have this,” or “You don’t fit the profile of a patient who would have this condition.”

On March 2 more than fifty people gathered in Cleveland Hall to attend the symposium “DES: A Population Health Tragedy.” Students, faculty, and DES-exposed individuals from around the greater campus community gathered to learn more about diethylstilbestrol (DES), a synthetic estrogen given to pregnant women in the 1940s through 1970s, and the effects of its use. Originally prescribed to support “at risk” pregnancies to prevent miscarriage and ensure a healthy outcome, the drug instead resulted in miscarriages and has been proven to cause cancer, infertility, cysts, and other lasting health concerns in future generations.

The event was the brainchild—and passion project—of Karen Calechman ’78, a DES daughter who spoke at the symposium. Other speakers included Suzanne Robotti, executive director of DES Action, a nonprofit organization with a mission to identify, educate, empower, and advocate for DES-exposed individuals, and Elizabeth Myers, director of special collections at Smith College, who is overseeing the archives of DES Action, housed at the Sophia Smith International Women’s History Collection. 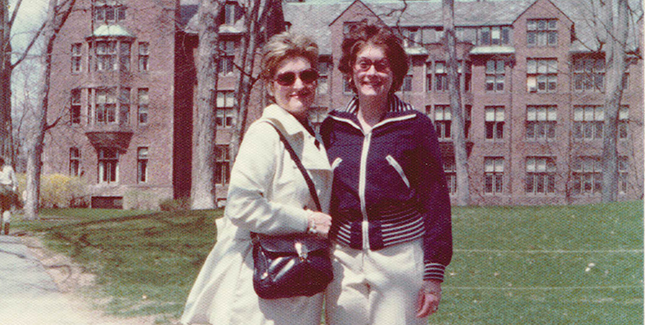 “I’m so encouraged that students and professors want to continue this work in bringing more awareness to DES,” says Calechman. “As a DES daughter whose health will forever be tied to my mother taking DES during her pregnancy with me, it is crucial that we continue to push for more research and education on DES and its effects.”

For more information on DES go to desaction.org.

The emotional toll on me and my family can’t be measured. I have gone from denial to fanatic focus on my health. My mother can’t even speak about DES exposure. It is much too painful for her, and she was not raised to speak up. It wasn’t until I came to Mount Holyoke that I found my voice. I speak loudly now. As I continue to live with the unknowns of DES, I make it a priority to educate the current generation, who will become doctors, researchers, and advocates. I do everything I can to assure that FDA oversight of new medications is stricter than it was for DES. Perhaps most important, I support other DES-exposed individuals by listening to their stories. I feel strongly that it is my responsibility to ensure that we learn from this medical tragedy, so it never happens again.

Karen Calechman ’78 is an educational and outreach manager. She initiated and led the effort to hold “DES: A Population Health Tragedy,” a symposium held at Mount Holyoke College in March.

7 responses to “My Voice: Becoming My Mother’s Daughter”