Dihann Geier ’78 on Coping with the Loss of Both Parents 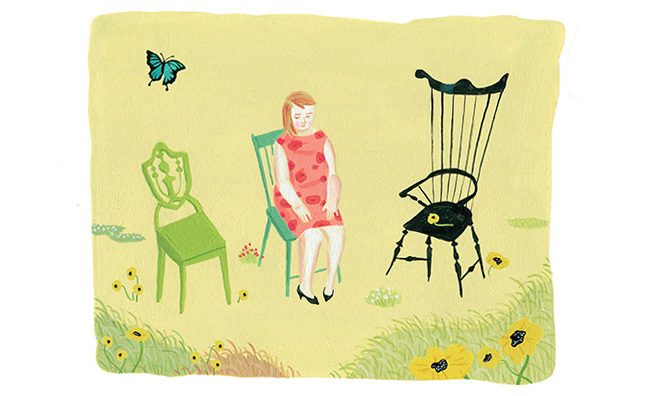 A close friend once said to me that life is a series of losses. I thought that was a terribly pessimistic view of life, and I discarded it. I lived my life under a different banner: Life is wonderful! Life is joyous! Sure, there are ups and downs, and life is a lot of work, but it’s also a lot of fun. And I had always been fortunate to be able to focus on the fun.

Then I lost my mother quickly and shockingly—she was a young, healthy seventy-four-year-old—to pancreatic cancer. Yes, she lived to know all six of her grandchildren, five of them already adults. And I was in my fifties, so her job of raising me was long done. But her death still felt to me unfair and premature. Her own mother, who had emigrated from Poland, lived through World War I, starved through most of her childhood, endured rheumatic fever, and smoked cigarettes her whole life, had lived to be eighty-four. It didn’t seem possible that I could lose my mother while we were both so young. Shouldn’t each generation live a little longer and a little better?

Three years later my beloved father died from an aggressive form of prostate cancer, just eighteen months after his initial diagnosis. He was my soul mate. I discussed everything with him—philosophy, world events, politics, poetry, health. I was devastated by his death. But I found myself questioning those feelings. He was eighty-nine. He had led a full, rewarding life. Hadn’t he finished his job of raising me? Had I thought my parents would be there for me until I died?

If you are lucky enough to live a long time, there will be losses along the way.

I realized that, yes, I had. The expectations I had put on my parents—to be my biggest cheerleaders over decades of unconditional love—hadn’t been met. I had never anticipated living without them.

I had my first baby thirty-one years ago. When my mother came to see him for the very first time, she said to me, “Welcome to the club.” And I soon came to realize what she meant. Parenthood is a type of club. Few can realize what being a parent is really like unless they, too, are a member of this club. As the saying goes, when you have a child you start wearing your heart on the outside of your body. The vulnerability is immense and intense, but so is the joy.

Losing my parents made me a member of another club, one that most people will eventually join. The only way to bypass membership is to die before your parents, which puts them in a club no human should ever have to join.

An unexpected consequence of already being a member of the club of orphaned adults is that I have coping mechanisms. I’ve developed them from losing my parents.

When my forty-five-year-old brother died unexpectedly from a heart attack two years ago, my only solace was that our father had been spared that unfathomable loss. Losing my baby brother is still dreadful, awful, life-changing. But I get through it.

So is life a series of losses? At sixty years old, even with all the pain in my heart, all the grief I have worked through, I refuse to categorize life in that way.

Life is still wonderful, but not every minute. Life is joyous, but not every day. And if you are lucky enough to live a long time, there will be losses along the way. But while the people you lose may have written a huge chapter in your life, the loss may be only a footnote. That’s how I’ve chosen to look at life and loss. It’s tough, but so am I. 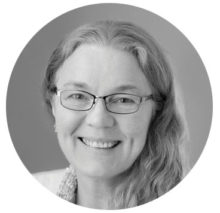 Dihann Geier ’78 is the mother to three sons with her husband of thirty-five years. She is a lactation consultant and breeds golden retrievers. She lives in Chesapeake, Virginia.

This article appeared as “Welcome to the Club” in the fall 2017 issue of the Alumnae Quarterly.