On Display: Counting the Bright Hours 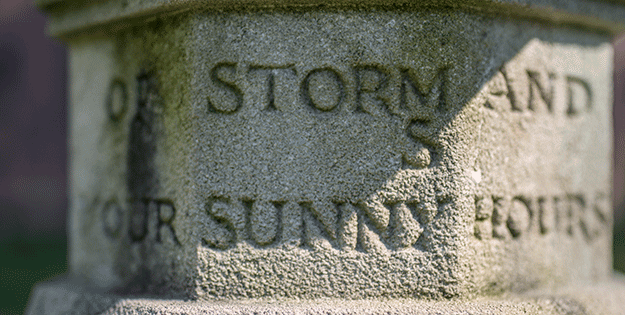 Close observers walking through campus may notice several unique sundials. Some are situated on pedestals, some on the sides of buildings. All offer an opportunity to pause and reflect, and none has stood the test of time more than the sundial found in the garden beside Abbey Chapel.

In 1938 the College was developing plans for landscaping around the newly dedicated Abbey Memorial Chapel. These plans called for a garden complete with various plant life, benches, birdbaths, and a sundial at its heart. With a gift from Edward Payson (E.P.) Bullard in memory of his wife, Mary Deacon Bullard, class of 1896, who had recently passed away, the garden came to life. 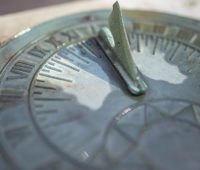 How to Use a Sundial

View more images and learn how to read a sundial.
Web exclusive

After the garden was completed in 1940, the sundial was at the center of a series of mysterious events. In 1949 it functioned as a sort of wishing well, with coins regularly appearing on the sundial’s face. A few years later, in 1953, the sundial disappeared from its stone pedestal. According to local newspaper reports, College officials urged for the sundial’s safe return, and eventually it was, though the details of its return are still unknown. Then, in 1993, the original garden had to be demolished to allow for repairs to  underground infrastructure, and a new garden was constructed in its place. Its centerpiece? The original Mary Deacon Bullard sundial, which remains peacefully undisturbed, serving as a touch point of campus life and history.

One response to “On Display: Counting the Bright Hours”