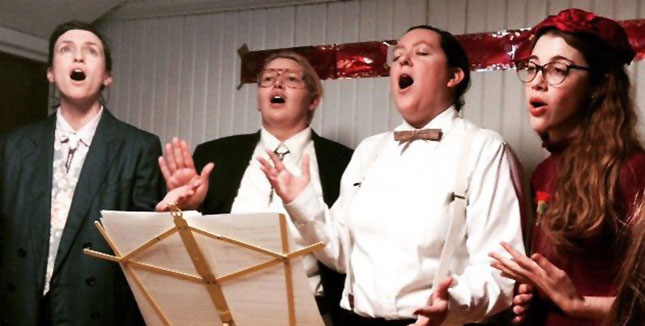 A bunch of PhD candidates forming a queer gospel group? Sounds unlikely and unusual, but it’s true for Mallory Cohn ’08 and three friends at Indiana University in Bloomington. In 2013 Cohn was invited to join The Anointed, a new all-femme group that was the dream project of one of the founding members who grew up steeped in the Southern gospel tradition. The concept, Cohn says, was “both to parody a certain kind of Christian masculinity and to reclaim some really beautiful songs for queer folks who feel excluded from religious spaces.”

The quartet sings largely a cappella with a little banjo, mandolin, or tambourine sprinkled in, performing covers of songs made famous by artists such as Elvis Presley (in his gospel phase), the Louvin Brothers, and the Carter Family. “While we generally pick songs that have some innuendo to them—for example, the Gaither Family’s ‘He Touched Me,’” Cohn says, “sometimes we will just sing a song because people know and love it, so we can have a sing-along with the audience—like [the hymn] ‘I’ll Fly Away.’”

While we generally pick songs that have some innuendo to them—for example, the Gaither Family’s ‘He Touched Me,’ sometimes we will just sing a song because people know and love it, so we can have a sing-along with the audience—like ‘I’ll Fly Away.’

The four women dress as their alter egos: three in drag (“Mine is Little Jimmy, the youngest member of the group, who wears a bow tie and is often being tempted away from good old-fashioned religion by newfangled things,” Cohn says.) and the fourth as what Cohn refers to as “a wonderfully funny church lady.” Between songs, there are humorous spoken word sketches that are scripted just for fun, but The Anointed’s commitment to the music remains steadfast; they work hard on their harmonies and genuinely love the songs they sing.

Cohn spent two years at Mount Holyoke in the Diversions a cappella group, which she says, “was great preparation both in singing harmonies and in being a big hambone on stage. I never thought I’d manage to sneak into a group like this armed with just my voice and a pitch pipe.”

The Anointed has gone on some mini-tours but mostly plays to enthusiastic hometown fans in venues ranging from nightclubs to communes. They’ve performed with other left-of-center artists such as Lavender Country, a band that released the first known gay-themed country album in history, and Marlene Twitty-Fargo, a Nashville-based drag queen who performs bawdy versions of country classics.

“Sometimes people will laugh because the context really makes it clear how a lot of these tunes were already pretty queer before we ever got there, but it’s important to us to make clear that . . . we’re grinning at a kind of evangelical culture, not sneering at it,” Cohn said. “We also like to think that we can help folks appreciate the lovelier parts of a culture from which they feel [un]invited. After almost every show, someone will tell us how cathartic the show was for them. It’s so fun to make people laugh and even more fun to make them cry, as long as it’s a good, therapeutic cry.” 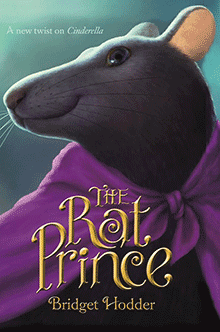 In this middle-grade novel the dashing Prince of the Rats—who’s in love with Cinderella—is turned into her coachman by the fairy godmother on the night of the big ball. And he and Cinderella are about to turn the legend (and the evening) upside down on their way to a most unexpected happy ending!

Bridget Hodder ’85 began her career in archaeology, translating ancient documents in order to tell the stories of long-dead civilizations. She now lives and writes full time in a small New England seaside town. This is her first novel. 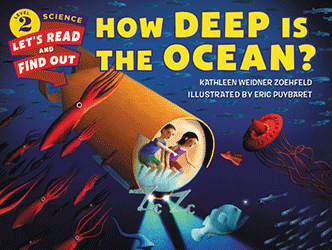 How Deep is the Ocean?

With beautiful illustrations by Eric Puybaret and engaging text, How Deep Is the Ocean? will guide young readers into the deepest parts of the ocean. Featuring a find-out-more section with a water-pressure experiment, a lesson in making a sounding line to learn how scientists measure the depth of the ocean, a glossary of new terms, and web-research prompts, this book will help children begin to explore the deep sea.

Kathleen Weidner Zoehfeld ’76 was a children’s book editor for more than ten years before becoming a full-time writer. She is the award-winning author of more than seventy books for children, including several in the Let’s Read and Find Out Science series. 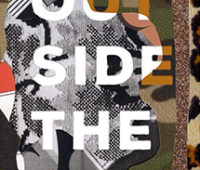 For the Fun of It All 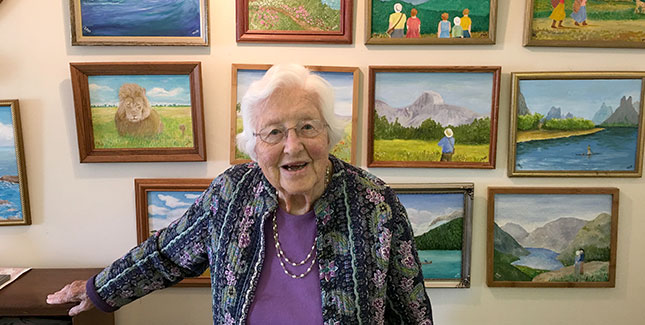 Meg Barstow ’42 with her paintings. Photo courtesy of Dan Barstow

Five years ago, at the age of 90, Margaret (Meg) Vanderbeek Barstow ’42 decided to attend a twice-monthly oil painting class taught by Connecticut artist Brian Colbath for residents of her retirement community, Avery Heights, in Hartford, Connecticut. It was her first foray into painting with oils, but she decided to have fun with it. “I always loved doing things with my hands, whether it was sewing or gardening, so I thought I would give it a try,” said Barstow. She now has nearly twenty of her own paintings on display in her apartment. 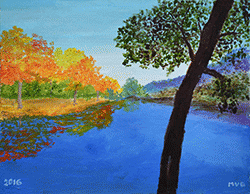 While many in the class work from an image shared by the instructor, Barstow, who spent her career as a public school teacher in Connecticut, prefers to draw inspiration from photographs she and her late husband, Robbins Barstow, took during their world travels in their early retirement years. Most recently, using a postcard from the College as reference, Barstow painted an autumn picture of Mount Holyoke’s Upper Lake, an area of campus she often walked around during her college days.

As an economics and sociology major, Barstow decided she also wanted to take one of the few art courses the College offered. She enjoyed it so much that she continued to take art classes throughout her time at Mount Holyoke, including a few sculpture courses. Barstow says returning to art and learning oil painting has been a rewarding experience. “You can start off knowing nothing about oil painting and at the end of the class have a beautiful, complete painting,” she says. “It has certainly made my retirement years a lot of fun!”